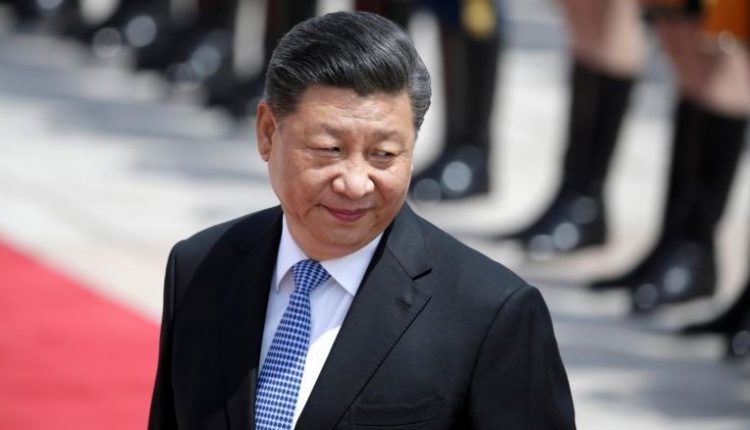 Chinese President Xi Jinping has emphasized the centenary of his Communist Party that his country will no longer be humiliated or oppressed by foreign powers. “Anyone who tries that is putting themselves on a collision course with the great wall of steel created by 1.4 billion Chinese,” the 68-year-old said during an hour-long speech at Tiananmen Square in Beijing.

Xi spoke above the massive portrait of former party leader Mao Zedong that dominates the square. Some 70,000 people were invited to attend the speech. They heard the president announce that the army will continue to be built. Their leader also promised that he would work for “reunification” with Taiwan, a democratically governed island off the coast that the communists see as a renegade province.

Large-scale festivities accompanied the president’s speech. Thousands of singers sang communist songs, and guests waved flags. During an aerial parade, helicopters formed the number 100, and 100 cannon shots were heard. “This is an important day for our country,” concluded a commentator on Chinese state television.

The authorities had taken strict security measures in the run-up to the popular festival. Agents have been checking vehicles driving to Beijing, which has a population of 21 million in recent days. This sometimes led to long traffic jams. Thousands of volunteers have also been called in to keep order on the streets. Soldiers guard metro stations. In the streets, people who wanted to talk to foreign journalists were full of praise for the communists.

The Communist People’s Republic has experienced rapid economic growth in recent decades. The country surpassed Japan about ten years ago as the second-largest economy in the world. During his speech, Xi makes no secret of who he believes is responsible for this success. “We must hold on to the leadership of the party. China’s success depends on the party.”

Xi seemed to respond to such foreign criticism in his speech. He announced that China would not accept the “hypocritical sermon of those who think they can lecture us”.