US Police Officer Arrested Again After Arrestee’s Knee to Neck 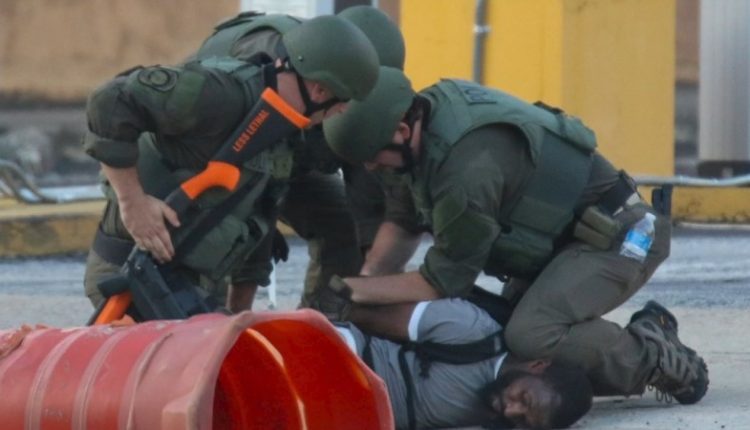 One knee on her neck and punched twice in her stomach. It happened to a 33-year-old black woman in Miami, Florida.

And it might have gone unnoticed if a friend of the victim had not filmed the incident.

The agent in question, 30-year-old Jordy Martel, was fired last week. But now he has also been arrested and charged.

It happened on January 14, but the victim’s lawyer only handed the shocking video to justice a few weeks ago. The woman had just visited a strip club with a friend and had left angry after a fight over food.

The footage shows the cop pulling the black woman, 33-year-old Safiya Satchell, out of her car, putting his knee on her neck and tasering her twice.

The agent has been charged with assault and a false report. He said he arrested the woman for hitting an agent and violent resistance to the arrest.

All of this is not apparent from the video images. Justice has also released the agent’s bodycam footage.

Safiya Satchell sustained bruises and abrasions to her stomach, arms and legs from the substantial arrest. The prosecutor says the agent’s arrest makes it clear that the judiciary does not tolerate this behaviour.