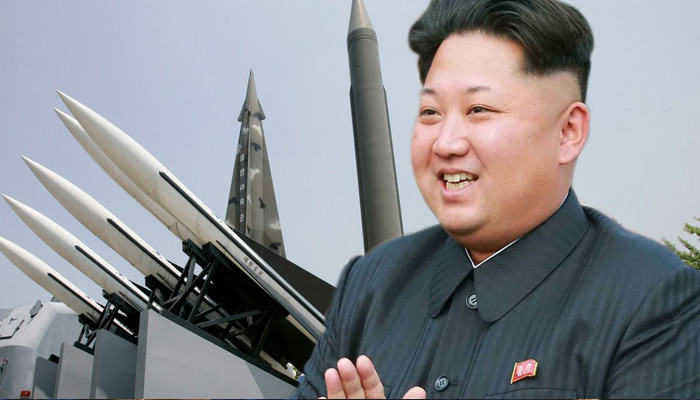 Pyongyang tested a hypersonic missile on Tuesday. The official North Korean news agency KCNA reported this on Wednesday (local time). Last week, the country also announced that it had tested a similar missile.

On Tuesday, the South Korean military and the Japanese coast guard reported that North Korea had fired an “unidentified projectile” into the Sea of Japan. According to South Korea’s Yonhap news agency, North Korea said the test with the hypersonic missile was “successful”. North Korean leader Kim Jong-un attended the launch.

The missile hit its target 1,000 kilometres away and performed several manoeuvres during the flight. Tuesday’s test showed even more than the previous test how well the rocket can manoeuvre, according to KNCA, according to Yonhap.

North Korea is prohibited from testing ballistic or nuclear weapons under international law.

The UN Security Council met on Monday at the request of permanent members of the United States, France and Britain to discuss the issue. Together with Ireland and Albania, the countries called on North Korea “to refrain from further destabilizing actions.”

On Tuesday, the United States again launched a call on Pyongyang to stop the provocations and sit down at the table around its nuclear program. While North Korea has “for a long time” not responded to the US demand to initiate a dialogue, “we continue to believe in that dialogue and believe that diplomacy is the best way forward,” said a ministry spokesman of Foreign Affairs Ned Price.

THEREFORE, the US will continue to work with its partners and allies and will be ready if North Korea wants to enter into talks, it is still said.

The dialogue between the two countries is at an impasse after the failed negotiations between Kim Jong-un and Donald Trump. Trump’s successor, Joe Biden, has said that he wants to meet with North Korean envoys and talk about denuclearization. However, Pyongyang refuses the offer, accusing the US of pursuing a “hostile” policy.