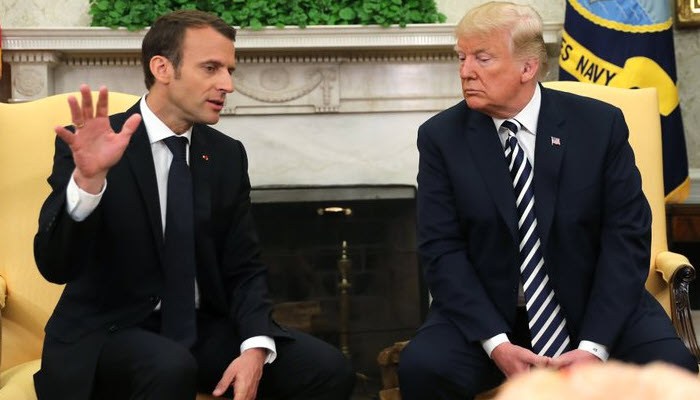 Macron Expects Trump to Withdraw from Iran Agreement. French President Macron expects the US to cancel the nuclear agreement with Iran. That’s what he said at the end of his state visit to the US, published by City News Journal.

“A rational analysis of President Trump’s statements does not make me suspect that he will keep the Iranian deal,” Macron said at a press conference on Wednesday. “I believe he wants to get rid of the agreement for domestic reasons.”

Emmanuel Macron did not say with certainty what the US President would decide on the Iran deal, but his feeling was based on the conversations he had with his American counterpart in the White House over the past few days.

The French president was the first foreign guest to visit President Trump on an official state visit. He spoke to the American Congress on Wednesday. In his speech, he had also called on President Trump to assume his responsibility and to continue to respect the agreement with Iran. Macron is willing to work on a new deal.

President Trump will decide on the Iranian nuclear agreement by 12 May at the latest. The US, Great Britain, France, Russia, China and Germany agreed with Tehran in 2015 to prevent the regime of the mullahs from developing nuclear weapons.