Judges Protest in Poland: Reforms are Going to Undermine the Rule of Law

PolandEuropeNews
By Maria Hernandez On Jan 11, 2020 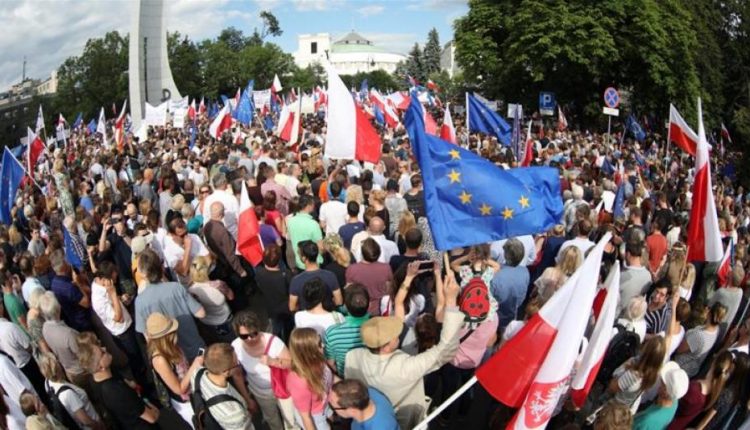 Today, the judiciary protests in Warsaw, in Poland. The judges are on the street because they disagree with the policy of the Polish government.

The protesters fear that the government’s announced reforms will undermine the rule of law and the independence of the judiciary.

A lot of judges from other European countries, including from our country, will also participate in the demonstration.

The independence of the judiciary is under pressure in Poland. Since the ruling Conservative Law and Justice (PiS) party came to power in 2015, it has been engaged in a large-scale reform of the judiciary.

For example, a bill was recently approved by the Polish House of Commons, which provides for sanctions for judges who would legally jeopardise the appointment of another judge.

The same applies to “activities of a political nature” or activities “which may damage the proper functioning of the judicial system”.

A number of Belgian magistrates will participate in the event, as will the representatives of different magistrate associations. According to Amnesty International, judges from the Netherlands, Austria, Estonia, Hungary, France and Denmark will also participate in the demonstration.