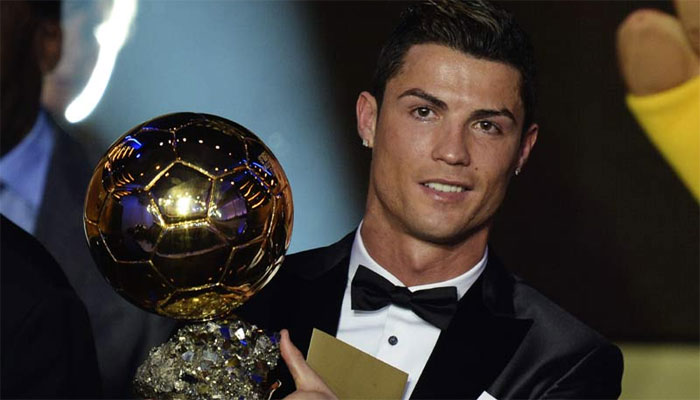 The Portuguese believe that far too much money is being spent on young players.

“Nowadays, every player is worth 100 million euros, even without having done anything.”

In a conversation, Ronaldo tells that he believes that a 25-year-old version of him would be worth 300 million euros in the current market.

High amounts
His current club Juventus was deeply in love with the services of the Portuguese.

Last summer Ronaldo made the switch from Real Madrid to Juventus for 112 million euros.

Only five players (Neymar, Kylian Mbappé, João Félix, Antoine Griezmann and Phillipe Coutinho) went to another club for a higher amount in history.

“Today, more attention is being paid to the potential of the players.

The soccer industry is different. Take Joao Felix for example: nowadays every player is worth 100 million,

without proven services. There is much more money in football nowadays. “

” Central defenders and keepers are worth 70 to 80 million euros.

I do not agree, but this is the world we live in. The market is just like that, and we have to respect it. “

My dear Ronaldo
Ronaldo was acquired in the summer of 2009 for 94 million euros by Real Madrid.

He was then the most expensive footballer of all time.

When asked how much he had been worth in this era, the Portuguese replied: “It’s hard to calculate. “”

“If a goalkeeper was worth 75 million euros, a player who did what I did should be worth three to four times more. Simple. “