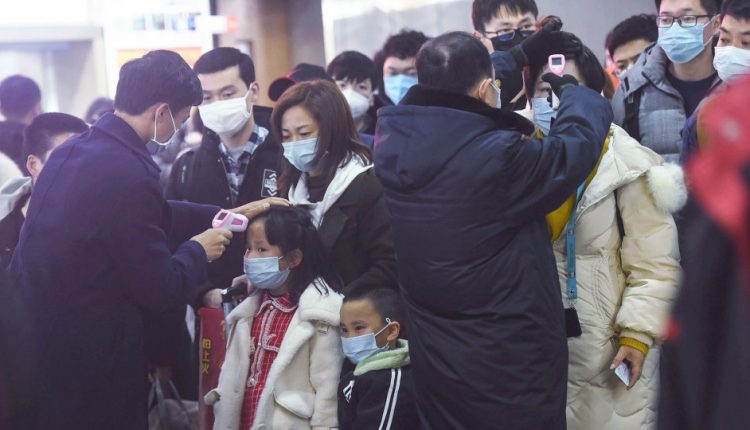 On Thursday, the Chinese authorities decided to quarantine the city of Chibi after Wuhan, Huanggang and Ezhou. Moreover, from Saturday in Beijing, the Forbidden City will be closed to visitors indefinitely.

All this to prevent as much as possible a further spread of the coronavirus, which already infected at least 633 people and claimed seventeen lives.

Because of all the Chinese New Year festivities that start Saturday, and for which hundreds of millions of Chinese people travel to their home cities, it is feared that many more people can become infected with the coronavirus.

Earlier, the authorities, therefore, decided to close Wuhan, a city with eleven million people. Public transport and air traffic were stopped, and people were instructed not to leave the city. Wuhan is seen as the epicentre of the virus, which first appeared in a market where the illegal game was traded.

Chinese state media report Thursday morning that neighbouring Huanggang and Ezhou, where about 7 million people live together, had the same fate. Now travelling from the city of Chibi to other places is also prohibited.

The measure starts at midnight local time (5 pm Belgian time). Chibi has about half a million inhabitants and is located about 120 kilometres south of the provincial capital Wuhan.

In Beijing, a whole series of festivities in honour of the Chinese New Year was cancelled. From Saturday, the Forbidden City will also be closed to visitors indefinitely.

It is the most famous historical monument of China and the former imperial palace. The UNESCO world heritage site attracts 80,000 visitors every day.